Come unto me, all you that labour and are heavy laden, and I will give you rest. Take my yoke upon you, and learn of me; for I am meek and lowly in heart: and you shall find rest unto your souls. For my yoke is easy, and my burden is light. (Matthew 11:28–30)

Welcome to our English Service : Sunday morning, 9:30 am 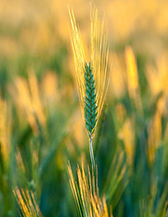 The Garden of Eden story from Genesis tells us that humanity has responsibility for the well-being of the rest of creation. I don’t think we are doing a very good job. The Amazon rain forest, considered to be the lungs of the planet, is being cut down and burned at an alarming rate. But recently I read about another entity also responsible for a significant percentage of the world’s oxygen: The large whales! Apparently whales each sequester more carbon in their bodies than many trees. When they die, their bodies sink to the ocean floor, trapping the carbon in the depths. Whales cause a significant amount of ocean mixing through their diving and surfacing. And their faeces support vast amounts of plankton. And it’s this plankton that in turn creates vast amounts of oxygen. So, not only do we need to stop deforestation, but we also need to support a moratorium on whaling. We need trees, and so let’s stop chopping them down and instead plant more. Let’s support countries like Pakistan that have embraced bold plans to plant billions of trees. We need whales, so let’s make sure that no more are senselessly killed. Unfortunately, we can’t breed whales. But we can attend to ocean health, cleaning up the seas and stopping the large marine mammals from being poisoned by plastic bags, for example. We can do better as stewards of creation.
Shalom, Jeff

An observation about New Zealand society: We are not good at living with messy ambiguity. If things look like they’re going wrong, there is a strong tendency to say: “Someone has caused this, and they should be held responsible.” Now, sometimes this is true. Sometimes situations are such that someone should be held responsible. But sometimes things are messy because of factors outside of our control. I think the Covid-19 crisis falls into this category. Even with good management of the crisis, things are still messy. This week as part of our annual Prayer and Self-Denial Appeal, where we look at the work of Tranzsend so as to support them in it, we are looking at some of the messy loose-ends that always occur when people are involved in mission. With the best will in the world, things can and still do go wrong. Maybe they go wrong enough to be labelled ‘failures.’ Let’s be encouraged that there are a huge number of voices who all state that failure is not the end, but an opportunity for a new beginning: A new beginning where new directions can be tried. Let’s keep in mind too that seemingly successful initiatives can still be messy as they develop. Some of the churches established by Paul certainly were. Grace for others in the messiness of life can then translate to grace for ourselves in the messy places of our lives.
Shalom, Jeff

We had a successful AGM this last Wednesday. EBC now has a new Church Secretary - Anne Yiu. Her husband Andrew Chiu is a new deacon representing the Chinese side of the church. Margaret Whittaker finished as Church Secretary, but was elected as a deacon to replace Ian de Stigter who resigned after many years in the role. Anne Bartley was re-elected as a deacon representing the English side of the church. (Donglan Zhang was reelected last year.) Also re-elected to represent the Mandarin Congregation: Kristy Choi, Willa Hui, and Stanley Tang. Congratulations to all these ones who bless the church with their leadership.
Shalom, Jeff 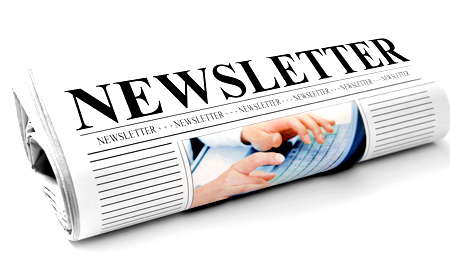 Email: This email address is being protected from spambots. You need JavaScript enabled to view it.

Email：This email address is being protected from spambots. You need JavaScript enabled to view it.

Email：This email address is being protected from spambots. You need JavaScript enabled to view it.